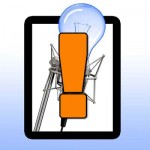 It has been exactly two months since my last audiobook update. Sorry for the delay gang, I’ve been busy. Reeeeaaaaaaally busy.  I’ve been buried under all sorts of fun and exciting projects that are keeping me busy (and employed!). So, here’s the latest list of recently released or upcoming audiobooks that I’ve narrated.

1.  “Wide Awake” by Shelly Crane – (just a small narration part for me as the love interest) A YA love store story about a girl and how she deals with her life being turned upside down.  A girl. A coma. A life she can’t remember. When Emma Walker wakes up in the hospital with no knowledge of how she got there, she learns that she’s been in a coma for six months. Strangers show up and claim to be her parents, but she can’t remember them. She can’t remember anyone. Not her friends, not even her boyfriend. Even though she can’t remember, everyone wants her to just pick up where she left off, but what she learns about the ‘old her’ makes her start to wish she’d never woken up. Her boyfriend breaks up with the new girl he’s dating to be with her, her parents want her to start planning for college, her friends want their leader back, and her physical therapist with the hazel eyes keeps his distance to save his position at the hospital. Will she ever feel like she recognizes the girl in the mirror?

2. “Lengths” by Steph Campbell – (a co-narration with Abby Crayden) Nineteen-year-old Whit Conrad leaves her conservative Pennsylvania home for sunny California, looking for independence, a fresh start, and a place to stash her grief. She promptly finds a job at a tattoo parlor, a craptastic first apartment, and one friend—Ryan—who is a little less friend, a little more benefits. Deo Beckett is a soulful surfer with a passion for tattoos and beautiful women. On the eve of his twenty-second birthday, he finds himself living with his grandfather, recently unemployed, and seriously adrift. He doesn’t know much about what he wants out of life, but he does know his current situation isn’t cutting it. When Deo meets Whit, she’s all sexy makeup and fierce, smart-ass fun. It doesn’t take him long to see past her tough shell. And when he gets a good look at what’s under all the superficial stuff that usually gets his attention, it leaves Deo wondering if there might be more to life than living fast and free. Too bad Whit has a past she doesn’t plan on sharing—no matter how hot Deo is. She might want him, but she knows better than to let her guard down. Deo falls for Whit, and falls hard. But everything about her, down to that mysterious tattoo and the way she thrashes in her sleep, tells him that the girl he loves is hiding something. And the more he pushes for answers, the more Whit pulls away. Having your guard up is one thing, but are the lengths Whit goes to to protect her secret worth throwing away the second chance she has at happiness with Deo? LENGTHS is a Contemporary New Adult Romance by Liz Reinhardt and Steph Campbell.

3.” Make Me Yours” by Kendall Ryan (a co-narration with Leah Mallach) – Emotionally crippled Liz isn’t looking for a relationship when she meets delish boy-next-door Cohen. He’s several years younger, a volunteer firefighter, oh . . . and a virgin, making him totally off-limits. But never one to back away from a challenge, she develops a close friendship with Cohen while she continues to satisfy her physical needs elsewhere.Even as she spends her evenings in another man’s arms, she somehow finds herself curled up in Cohen’s bed each night. It’s been a long time since she had a true honest-to-goodness make out session, but Cohen’s showing her just how much fun not having sex can be.When Cohen’s injured in the line of duty, her real feelings for him rise to the surface, and she has to decide if she’s willing to take a risk on love after enduring so much heartbreak in her past

4. “Depths” by Steph Campbell and Liz Reinhardt (a co-narration with Abby Craden) – Do you believe in love at first phone call?Cohen Rodriguez, Deo’s hilarious, über responsible best friend in Lengths, got dumped by his longtime girl because he’s “not impulsive enough,” and he’s burned up.But maybe, just maybe, she’s more right than he wants to admit. So he starts to date.A lot. But no one really feels like the one. And the more girls he dates, the more Cohen’s convinced she isn’t really out there.Luckily he has Maren-the girl with the sexy voice who always cracks the best jokes. They’ve been talking daily for a year . . . on the phone. What started as all work soon blooms into friendship.Then she asks him.Do you want to meet?He’s scared out of his mind to ruin the one easy, fun relationship he has going for him. But he takes the plunge, and things are just fine, totally easy and comfortable. Except that they both sense that it’s not strictly platonic. There’s an undeniable attraction and absolute raw chemistry between them . . . and every time they’re in the same room, that attraction gets deeper and harder to ignore.Maren could be the best thing that’s ever happened to Cohen. Or she could send his carefully compartmentalized life into a tailspin.Cohen has to decide if he’s ready to let go of his comfortable fantasy and embrace the one girl who might be able to change his luck in love.

5. “The Cart That Carried Martin” by Eve Bunting and Don Tate – The cart that carried greatness. The strength and spirit of Dr. Martin Luther King, Jr. permeates this picture book about the funeral of Dr. King in Atlanta, Georgia, in 1968. Quiet, yet affecting, The Cart That Carried Martin is a unique tribute to the life of a man known world-wide for his outstanding efforts as a leader of the African-American Civil Rights Movement.
Eve Bunting focuses on the funeral procession of Dr. King, beginning with the two men who found the cart to carry him through the streets of Atlanta. After painting it green, two mules named Belle and Ada are hitched to the cart where Dr. King s coffin is placed. Tens of thousands of mourners gather as the cart makes its way to Ebenezer Baptist Church, and then past the Georgia state capitol to Morehouse College. All the while, crowds of people pay their respects by singing songs of hope. Bunting s thoughtful, well-chosen words, coupled with Don Tate s soft colors provide the reader with a sense of hope and reverence, rather than the grief and despair one might expect. Back matter includes a brief introduction to Dr. Martin Luther King, Jr. s work, assassination, and funeral, accompanied by a full-color historical photograph of the real cart, drawn by Belle and Ada.

6. “Promise Me Light” by Paige Weaver (I read the epilogue in this one) The epic conclusion of New York Times bestselling book Promise Me Darkness “I’m darkness, Maddie. Stay away from men like me. You’ll only get hurt.” At one time my life was simple. Easy. But that was before the war. Now I was no longer an average college student. I was a survivor. A woman living in a ravaged world. My future was not bright and my life was far from perfect. The war had taken so much from me… but it wasn’t finished yet. It wanted more. It wanted my heart. My soul. The one person I couldn’t live without. It wanted Ryder Delaney. My best friend. The bad boy. The one person who could fight like no other and love me like no one else. He was the father of my baby. I watched him walk away one hot summer day and I prayed he would return. I needed him like I needed air to breathe and water to drink. Without him I was lost. A light without her darkness. Until he returns, I’ll wait for him. And I believe he will return because love is powerful… And so is the light calling him home.

7. “The Dickens With Love” by Josh Lanyon – A quirky holiday romance about Faith, Hope, and…er…glow-in-the-dark condoms! Three years ago, a scandal cost antiquarian “book hunter” James Winter everything that mattered to him: his job, his lover and his self-respect. But now the rich and unscrupulous Mr. Stephanopoulos has a proposition. A previously unpublished Christmas book by Charles Dickens has turned up in the hands of an English chemistry professor by the name of Sedgwick Crisparkle. Mr. S. wants that book at any price, and he needs James to get it for him. There’s just one catch. James can’t tell the nutty professor who the buyer is. Actually, two catches. The nutty Professor Crisparkle turns out to be totally gorgeous—and on the prowl. Faster than you can say, “Old Saint Nick,” James is mixing business with pleasure…and in real danger of forgetting that this is just a holiday romance. Just as they’re well on the way to having their peppermint sticks and eating them too, Sedgwick discovers the truth. James has been a very bad boy. And any chance Santa will bring him what he wants most is disappearing quicker than the Jolly Old Elf’s sleigh.

I think that wraps up the audiobooks coming up very soon. I have a new batch in my queue and as soon as they’re narrated I’ll have those posted as well.

In other news of literary curiosity, I have completed two of my own short stories and transformed them into audiobooks. Yay! I’ll have to find the time to finalize them and get them retail ready so you can hear me mercilessly mumble through my own work instead of someone else’s. Boo! I actually have a few different genres that I’m writing in. They’ll be color coded for ease of identification as The Black Series for horror/thriller-type stuff (I seem to have a good deal of that rattling in my brain), The Silver Series for Sci-Fi (geek alert) and The Red Series for romance. Yes, I even have a few romance tales that have been bouncing around in my head…the one on my shoulders, you. The one on my shoulders.  Keep it clean…unless I’m referencing a stand-up bit that Eddie Murphy did in “Raw” about a Bahamian named “Dexter”. Who knows?