How Do I Become A Voice Actor? Risking The Write Stuff 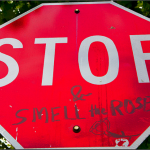 I had a random thought in the midst of my daily life chaos today. Well, less a thought and more of a memory.

My parents both at one point in their lives worked for the School District of Philadelphia. I can remember when one (or both operating as the assumed collective parental unit as it was perceived back then) brought home a well worn massive monster of a book. It took considerable will and strength to heave its considerable hardbacked heft while supporting its spine which was broken and severed in several places. It had what seemed like a bajagillion pages and kept me interested for quite a while.

An unabridged dictionary. The first that I had ever seen (or taken notice of) and I was hooked. I had no idea that the English language had so many words. I was amazed and would read that darn thing every day it seemed, looking for some new obscure word or some such. Now I admit I was a bit of a nerd back then. Back when the word carried none of the geek-chic that it does today. I watched Nature, Nova and National Geo specials. I played violin and listened to classical music. I read the dictionary.

I wonder how my development as a “people” would have changed if I had access to the interwebz at that age. I remember being hungry to learn about everything that I could, my brain a dry sponge waiting for the moist splooge of knowledge to soak into its netherparts. I even would read the encyclopedias that we had (that were so old that they didn’t realize that the Vietnam was had ever happened) for fun. Pffah, what a loser, right? Oh and for those of you who aren’t old enough to know what an encyclopedia is, it’s what the information on the internet would be if it was frozen in time before it was cool and limited to being in just a small set of books that don’t start with “Face” but smell like the dusty moth-free closet of your Gramma’s house .

Anyway, back to what I was sezzin’. I basically had a memory of being enthralled and amazed by finding new stuff to enthrall and amaze me. Once life kicks in and we have a never ending poop parade of bills to pay and responsibilities to fulfill it sure is easy to gently glide away from the stuff that excites us. I guess it particularly poignant as today I spent all dang day in studio working, just to break free and escape around Midnight. Now no complaints about being busy whatsoever, I’m simply examining how my time was spent today.

I can remember approaching my mother in the kitchen with my usual announcement of “I’m bored.” Her usual reply would be “go do some work” or something decidedly un-fun that no 10 year old (or  forty year old) would want to hear. Occasionally I do still get bouts of the ol’ boredoms but that’s nothing a solid nap can’t fix, am I right?

I guess what I’m saying to you and to my self is to never forget to make time for wonder and amazement. It was easy when we were kids because everything was new, wonderful (or terrifying) and amazing (or lame-o). Well, it was all at least new. We get older and we get jaded in addition to having to pretend to be adults. Remember the things that excite you and go be excited by them again (assuming they are legal and don’t bring harm to yourself or others). Pause for just a minute no matter how swell or crummy your day is going and just marvel at how fantastic the world truly is and feel humbled all over again. It can be quite easy to become so wrapped up in the these few grains of sand that we miss the beach, ocean and sky.