Dinonauts – The Future is Prehistoric Auditioning for Online Voice Marketplaces – Quantity or Quality? 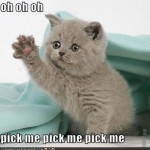 How to Audition for a Voice Over Role

Being heavily involved in the casting process for the animated film Dinonauts has been a very fun experience. It’s the first time I’ve worked to cast a project this large and the response has been quite tremendous. It’s particularly interesting since I’m a voice talent (surprise!) and get to be on the other side of the booth and dirty my hands in a process that is usually a mystery to talent (aside from the ritualistic crossing of sweaty fingers). It’s the “pick me, pick me!” game.

Through the process, it occurred to me that many of the audition submissions I received were victim to several recurring elements that dramatically hurt their chances of being cast. In some cases such errors clobbered their chances of even being listened to. However being a nice guy I listened to ’em all. In an effort to help new talent (as well as seasoned folks) I wanted to list some of the things I found to help or to hinder. Yes, some of it is common sense and some of it is the result of simple mistakes but this is a competitive bid’ness and you want every opportunity to shine. A disclaimer of course is needed stating that this is just my opinion and my off the cuff brain dumpery. Feel free to add to this list or disagree entirely with your smug, sanctimonious righteousness. Makes for good conversation and finger pointing.

How to Audition for a Voice Over Role

These general tips largely apply to auditions you track yourself in the booth or bedroom closet. However most of ’em still apply to those that you get to put on a clean shirt and go into somebody else’s shiny studio for.

This is where you should start. If the role calls for a 80 year old, chain smoking battle-grandma, don’t think that you can get by with your 14 year old mentally profound surfer dude character and make it work. It won’t. If it calls for cool, calm and collected don’t read like your pants are on fire. Or even smouldering. Make sure your voice type and character choice are right for the role. You are wasting both your time and the time of the casting person. Just like if either was watching Duck Dynasty.

Seriously. Read it. Become familiar with it. Wrap your tongue around any odd phrasing or words. Read it now so it doesn’t sound like you’re reading it in actual the audition for the first time EVER. I do loads of eLearning gigs where I get to put on a clean(ish) shirt and go to somebody else’s shiny studio where I spend the next hour or two tracking cold script reads. While perfectly acceptable for that kind of material it is generally the no-good for character dialogue.

Slating before your audition is fairly standard. This involves a simple intro of your name and the role you are reading for. “Hi, this is Sean Crisden reading for the role of Commander Faceblastpants” is a perfectly acceptable slate. Of course, you should use your own name and not mine. Extra points if you actually are auditioning for the role of Commander Faceblastpants, which is clearly something I’d love to know about so drop me a line. Slating with “Hello out there in listening land! It’s currently a wonderful 114 degrees here in Phoenix and the skies are clear.  I ate at the Lucky Dragon Bowel (SIC) Wok today and have the bubble guts so please excuse any guts that are bubbling. My name is Hank. Rhymes with stank and rank, both of which being words this booth will forever be known as when I’m done with it.” can be filed under not the best idea.

Before you audition for Commander Faceblastpants remember that many other people will be doing the same thing. I think I heard that Brad Pitt, Meryl Streep and James Earl Jones are considering the role as well so your audition and chops had better be good. I’m all for stretching to expand your skills but there are times when you know you just aren’t up to the challenge and your skills need work. If pursuing a career (or hobby) as a voice talent is your passion, invest in yourself and your skillsets as much as you can. Take an acting course (or several). Work with a voice coach.  Learn breath control. Learn how to use the microphone as a tool.  Good can always be made better.

Act. Be the character and make the listener believe it. Make a good choice and stick with it for the duration of the read. Depending on the circumstances, I often slate as the character as well to sell it from beginning to end. If it sounds like you’re just reading the page and not living it just imagine Gandolf shaking his head at you and muttering “you shall not pass.” Also ad-libbing can fit in here sparingly as merited. It can help to establish a more natural feel and your ownership of the role. Keep it light and try not to stray too far from the original script if at all.

Without naming any names, I quite literally had an audition submitted where I had the pleasure of listening to someone wash dishes in the background of the read. From the sound of it those dishes had some stuck on, caked on gunk.  Were they sitting for a while? Was the food that unpalatable and adhesive? This is the pinnacle of unprofessionalism and just says “I don’t care enough about what I’m doing or how I represent myself”. Not only that, it distracts the listener from all of the hard work and skill you poured into the audition (or into the dish rag). I know not everyone has a booth or appropriate space but if necessary wait until it’s quiet (1am anyone?) or do another take without the er…ambiance. Especially when it’s something that is avoidable like doing the damn dishes.

I received multiple auditions just bathed in reverb. Seriously? I don’t recall seeing in the script that the character was in a huge empty cathedral. Submit a dry read people. The only time when FX are merited is when it is either asked for specifically or when you want to take a chance and put the listener closer to what the finished piece will be. I’ve done this for commercial auditions and have been cast but I always include a dry read as well. For example, one of the reads I did was supposed to be done over a walkie talkie so I punched in a nice walkie sound and went for it IN ADDITION TO including my dry read, which was first. Please skip the fancy bells and whistles in most cases unless you have a reeeeeeally good feeling about it and justification for doing so.

You would think this is common sense but like so many things you think about the human experience you are dreadfully incorrect. Goo gobs of auditions came in with dropped words, reversed word order, mispronounced common words, incorrect words etc. The errors were obviously not acting choices either. This is a swift and decisive display of a lack of attention detail, lackluster reading skills and no desire whatsoever to submit quality. Errors like these sure doesn’t make someone gleefully swoon when they think about directing you in a session, let me tell you. Make sure you send in the very best representation of your skill, talent and work ethic.

If auditions are requested to be submitted with specific specs such as a 128kbps mono mp3, 44.1khz 16-bit then pay attention and do that. Don’t give them a .wav or .aif file. If the instructions say to upload it via FTP or email it with a partcular subject line, DO THAT. If the file is supposed to use a particular naming convention, FRIKKEN DO THAT. Be particular and do what is asked. This is not the time for improv.

Be yourself? Oh crap, what if when you’re you you ain’t innately professional or courteous? Then aside from being an unpleasant human being you will also most likely be frequently unemployed. Hope that couch is comfy.

See? That wasn’t so hard. I’m not attempting to chastise anyone who did submit or anyone else out there in interwebz land. It takes a lot just to do that so I applaud everyone who did and who does. Just do the work to make it a great experience for all involved. I realize that most of these tips are common sense and just general best practice. Believe me, my wife Jamie is a corporate recruiter and tells me about her ordeals in reviewing resumes and potential candidates. Much of what’s written above applies equally to anyone attempting to submit themselves for consideration for anything.  Be it aeronautical engineer or maker of funny voices the basic gist is the same. Do your very best to represent yourself and your skills/talent as keenly and professionally as you are able and you can let your star shine. Or as some of the auditions indicated, at least make it known that someone in your household works hard to let your dishes shine.

P.S. As I was about to hit the publish button on this one, I got an honest thank you email from a talent that came in to the Legendary Studio Surprise to audition today.  A little goes a long way. Just sezzin’.

Have any thoughts about this? How do YOU like to audition? Or better yet, are you a VO casting director? Comment below, I’m lonely.